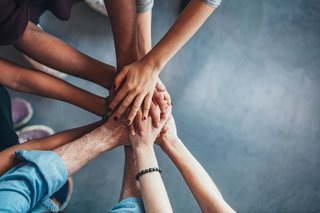 According to Brittany Benko, vice president of Health, Safety and Environment for Anadarko Petroleum, the oil and gas industry could do a better job of learning safety lessons from past incidents. 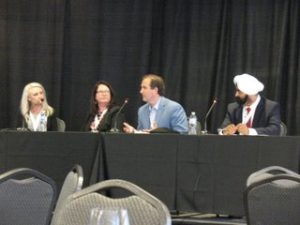 “Are we learning as an industry?” Benko asked. “No, I don’t think we are. I think we all struggle even within our companies, trying to help with that learning process.”

Benko offered a solution for companies to get closer to their safety goals.

“I think the most important thing is to have folks who are familiar with the incident be willing to go out and speak with the people doing the work on the ground and really talk through technically what went wrong,” she said. “You can send out a flash report or a PowerPoint. But if you don’t do that, I just don’t think it will make any difference.”

Cluff noted he and his colleagues at Williams have spent the past three or four years not only learning from incidents but also trying to learn faster.

“And we’ve invested in resources to help do this,” Cluff said.

“We started something called a preliminary incident communication, where anytime an incident occurs, if they’re of higher security potential or actual severity, we use those in the field to help put together within 72 hours a quick learning that we share with the company and the toolbox meeting,” Cluff continued.

The preliminary incident communication tool has been one of Williams’ most effective safety implementations, Cluff said, “because we’d have serious incidents occur, and we would go quiet. But we’re sharing it now with all employees in the company, and we’re really seeing an improvement in level of engagement.”

“Even preliminary information can be a prevention opportunity to other incidents until you formally understand all of the root causes,” Cluff added.

“It really helps matters a lot, because it creates our first [understanding of] why an incident happened. And when you share it with your teams and the toolbox, it also helps you immediately take some actions required for a particular site or plant.”

Singh noted the impact human nature has on benefitting from lessons learned.

“If you learn from others’ mistakes, you will create a perfect business,” he said. “But we don’t do that. We tend to believe that ‘This is not going to happen to me. I’m safe; I’m always safe.’ But you start forgetting about that slowly as time passes. And that’s where I think we also keep debating within our companies how to keep refreshing these learnings with our teams. Maybe after a month, we really need to re-look at lessons learned, and keep doing it so it remains fresh.”

For companies to see continuous improvement in their safety measures, it is necessary to keep building lessons learned back into the system on a continual basis, Singh said.

“It’s not like we don’t see repetition of these same incidents happening,” Singh said. “It’s an area that needs improvement.”

“First, do we share well?” she asked. “I think, across the industry, we do not.”

This tendency for industry members not to share information with each other causes “a lot of constraints in that process, and then the learning is that much more inured in the process,” she said.

Additionally, Condarco shared it’s encouraging that “we’re being more transparent as an industry, in that we do recognize that we’ve got to do something different. This is going to lead to the opportunity to do something about it.”

Cluff added that Williams engaged its legal team in helping to design how it shares information and “to keep some commitments around which lines we won’t cross.”

“But, to their credit, they really helped us come up with a way we can share it very quickly and get that information,” he said. “And they also now see the wisdom in how it’s helping to prevent future incidents. It just takes some involving them in the process and having sensitivity around that.”

Many have noted human reliability is one of the areas that has not been widely applied in the oil and gas business. But recent developments may help assess how human failure data is applied.

Condarco pointed out human performance is “a key topic that I think everybody is recognizing that’s another area we’ve got to get better in.”

While she said she feels passionately about this topic, Benko observed that “unfortunately, I don’t think that we’ve delved very deep into this area yet.”

“I don’t think we’ve come to terms yet in the oil and gas industry that humans make errors and that, in some instances, we have to have systems that early detect and correct,” she said.

Benko cited the addition of “rumble strips” to the outside of roads and highways that help prevent drivers from driving off the edge.

“We have rumble strips because we know that sometimes we’re going to go off the road, so we have [a tool to] early detect and correct,” Benko said.

Benko said she has been involved in recent conversations that indicate a “maturity ladder.”

“They’ll show you going from reactive to preventative to calculative to generative,” she said, adding that there’s another level beyond generative.

“That’s high reliability,” she said. “When you actually acknowledge that humans make errors, you know where those are most likely to occur and, therefore, you build in extra barriers.”

Benko noted she believes the oil and gas industry is “just barely starting this conversation.”

Cluff said that, from his perspective, calculating this “human factor” is “in its infancy.”

“I think as we focus more on hazard recognition, it’s a great thing to look at the human factors and the energy factors associated,” he said. “As employees, and as individuals, I think we need to recognize them, but we’re so focused on what we’re doing that we’re not taking the time to recognize them. We need to take the time to have those discussions.”

Cluff brought up the impact of diminished capacity as it relates to hazard recognition.

“I know we are all aware of the fatigue management guidelines, but there are also other areas that can impact diminished capacity,” he said. “We need to be aware of those things and have those discussions.”

Cluff said he believes “it also takes having a culture of openness and engagement where those things can be discussed.”

“Back in the ‘old days,'” he said, “those were things that weren’t discussed. If we’re going to become high-reliability organizations, we need to discuss them, we need to recognize them, and we need to help one another.”

“We must recognize that, as humans, we cannot do a repetitive task day in and day out for the rest of our lives. We tend to get bored and need to do something different,” Singh said. “With age, things diminish. Get somebody new; train them to be safe.”

Getting to that reliability is “a complex thing,” Singh admitted. “It’s tough. I’ve seen that in all types of industries. It’s not just oil and gas. Anywhere, it’s the same.”

Offering an example of a safety initiative that has been successful and then transcended to other areas of business, Condarco reminded listeners that stop-work authority “starts with safety, but it’s empowered organizations for service quality and all types of issues.”

Cluff said, while working as a site manager, he gave employees an opportunity to identify where the highest-risk activities were.

“We just wanted to know what jobs they were doing and hidden hazards that they could identify,” he said. “We held some focus groups, and I would tell them upfront that they would get a free pass on this, that nobody’s going to get in trouble.”

Employees would describe the jobs they were doing, that “we’ve been doing it this way for years,” Cluff said, and would more readily identify some of the risks associated with those jobs.

“Then we would come out of those focus groups with an action plan that we, as a leadership team, would use to help fix those things,” he said.

While many hazards could be fixed for a very low cost, Cluff said, some hazards that were considered to be “more chronic” required capital dollars.

“But giving them the opportunity to do that, and doing it at least once a year, really improved the safety culture of our facility,” Cluff said.