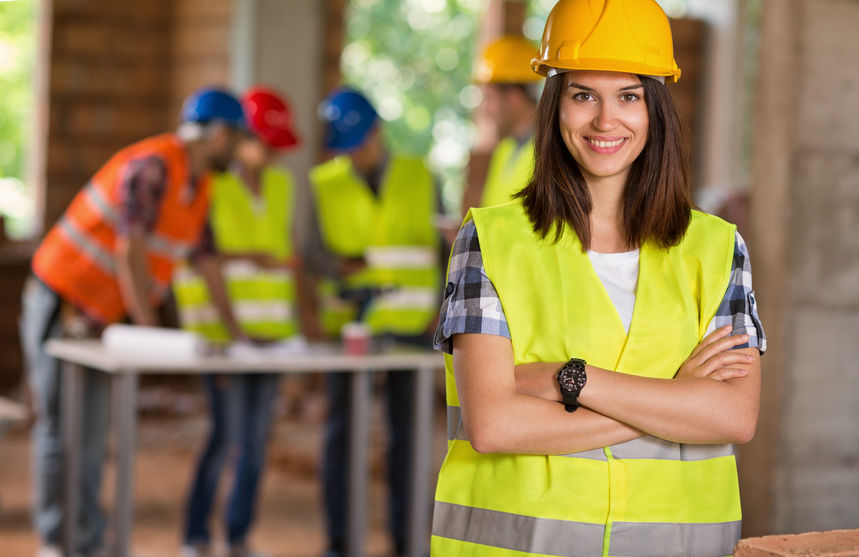 “We can do it!” Those iconic words — synonymous with the image of World War II poster girl Rosie the Riveter — are experiencing a resurgence today as the number of female workers in the construction industry continues to grow in the wake of an ongoing skilled labor shortage.

Last month, the National Association of Women in Construction (NAWIC) celebrated its annual Women in Construction Week, with 120 chapters and over 4,000 members of the organization working to bring awareness to the role of women in the construction industry by hosting events, wearing pins and stickers, and engaging with their communities.

The growth of female representation in construction could be a powerful win-win for operations and female workers alike. Given the rate at which construction workers are retiring and the steadily increasing demand for labor, it comes as no surprise employers and unions are amplifying recruiting efforts aimed toward underrepresented cohorts, including women.

Yet the share of female employees in such areas remains small. Women hold just 9 percent of construction positions, according to the Bureau of Labor Statistics.

According to a recent article in the Washington Post, well-paying jobs that do not require a college degree are multiplying at the fastest rate in three decades, offering more Americans a path to the middle class. But economists warn one group is still missing out: women.

Jobs in manufacturing, mining and construction are some of the best-paying fields open to high school graduates. However, government figures show that women without degrees have cycled into typically lesser-paying positions in child care (94 percent female), bookkeeping (60 percent female) and hospitality (51 percent female). Secretarial and administrative roles typically provide bigger paychecks to women with high school diplomas, but the administrative field is shrinking. The Bureau of Labor Statistics projects a 5-percent job loss in the field over the next decade as more companies automate tasks such as scheduling, record keeping and data collection. This equates to a large pool of untapped talent for the construction industry.

According to the Department of Labor, women make up about 47 percent of the civilian workforce in the U.S. Of the estimated 74.6 million working women nationwide, only about 939,000 of them worked in construction as of 2016, according to a report by NAWIC. In other words, the construction industry is only benefitting from about 1.25 percent of the female workforce.

In addition to filling the labor gap, women are key members of diverse workforces, which have been shown to outperform less diverse workforces. According to numerous studies published in the Harvard Business Review, organizations with diverse teams are more likely to report a growth in market share, more innovative and more focused on critical ideas.

Diverse talent facilitates operational excellence by allowing organizations to place the right people in the right positions. Consider the possibilities of this on complex jobsites, where leading large concerted team efforts, ensuring detailed focus on safety and compliance procedures, and operating hightech equipment are all part of a typical day.

Industrial and construction sectors still have hurdles to face in how to best reach and recruit women. However, the steady growth of female representation in construction is a positive sign of things to come. It is a great time for women in construction — both for women and for the companies employing them.

For more information, call Camille Curry-Theis at (832) 459-0055 or email her at Camille@MahaffeyUSA.com.